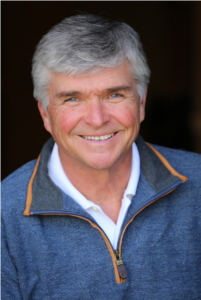 Dear Doctor,
There is a word that far too many of us end up being. It’s because too many of us give up way too early. We give in to the negatives and the temptations of life, too often taking the easy way out.
Today’s article sums it up better than I can. Read it and make sure you DON’T Qualify!

A Deformed and Ugly Beast

EXCELLENCE IS NOT ONLY A CHOICE—it’s a form of currency.

To be more precise, it’s reputational currency that attracts people, opportunity, and money into your life. Mediocrity is also a choice—not always made consciously—but still a choice.

In every case, the results of mediocrity is a deformed and ugly beast as it personifies a bad attitude, poor quality, lazy work ethic, inferior thinking, compromised values, and sloppy execution.

To drive this point home even further…mediocrity is the poorest choice among many alternatives, as it’s a character deficiency that exposes the person, team or company for the low standards they operate their lives by.

The only useful example of mediocrity, the only reason to stop and give it a moment’s attention is to remind yourself why excellence is the only way to go.

Excellence is not a relative term as you have NO CHOICE but to view it as the standard by which you judge everything you do.

To reach the peak of your potential, and to become the person you were meant to be on the day you were born, EVERYTHING you do must be done with the single purpose of achieving excellence.

You must do it with a rock-solid constitution, with an unshakable belief and understanding that EXCELLENCE ALWAYS COUNTS.

The great part about personifying excellence is that it is achieved via QUALITATIVE, not quantitative shifts in developing skills.

Being part of a qualitatively different world or environment where excellence is expected and practiced is the key to achieving excellence.

The following quote from Martin Luther King beautifully demonstrates the meaning of a qualitative shift and how it pertains to personifying excellence.

The point Martin Luther King was making in this quote was that being “world-class” has nothing to do with size, education, or bloodline; but it does have everything to do with a sincere decision and strong desire to commit your life to excellence.

From a quantitative standpoint, your greatest responsibility is to define exactly what excellence means to you. You must view it from the perspective of every sense as excellence has a look, sound, taste, touch and smell to it.

Those who have legitimately reached the summits of their career have worked harder and longer, studied and planned more assiduously, imposed more self-discipline, practiced more self-denial, and overcame more difficulties than those of who have not risen as far.

EXCELLENCE IS A GUILTY PLEASURE as it’s a destination for anyone who appreciates, respects, and demonstrates hard work, good judgment and flawless execution.

That’s why we should all appreciate the merits of rich thoughts, high personal standards and a commitment to squeeze every ounce of one’s potential. That’s what personifying excellence is all about.

From Dr. Rick: Now take a look at your practice and ask yourself, “What part(s) of my practice (including myself) are mediocre?” Listen to the answer, then resolve to remove ALL OF THEM immediately!